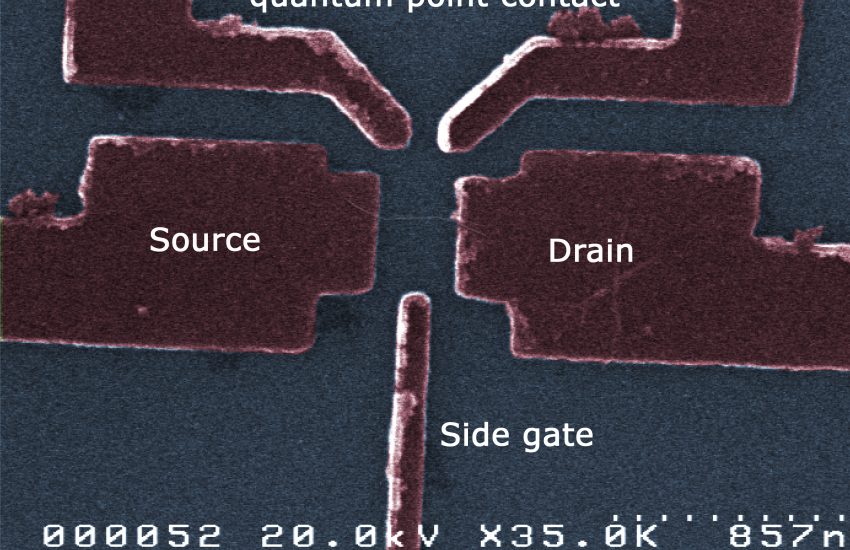 can store “superposition” information which means bit can not be 0 and 1 anymore, but overlapped waves of two states. The well-known algorithm, “Shor’s factoring” can find prime factors of given N. As this simple problem becoms exponentially difficult as number N becomes large because classical algorithm require parallel calculation. But in Shor’s algorithm, the qubit array can store all of the possible number  (i.e. 0000 ~ 1111 for 4 bit) and single sequence of the calculation, called “operators” enables to obtain all result for each number very quickly. Remaining step is to extract a right answer from superpositioned result. Here there is another important phenomina called “entanglement”. if you measure a part of bit array, it affects remaining bits and eliminate unwanted information.

The minimum requirements to realize quantum bit are,

In this project, we aimed to achieve No.3 which was not achieved ever at that time.

A carbon nanotube(CNT) is suitable material for a quantum bit using electron spin as its small disturbance from nuclear spins of the system and ease of preparation of nano-scale dimension. [Under construction]

Quantum point contact is device which has ultimately narrow electron channel so that conductance is governed by tunneling effect and number of eigen function of electrons. Since ballistic conduction( i.e super high mean free path) is necessary for this type of device, A GaAs/AlGaAs substrate is used for this experiments. 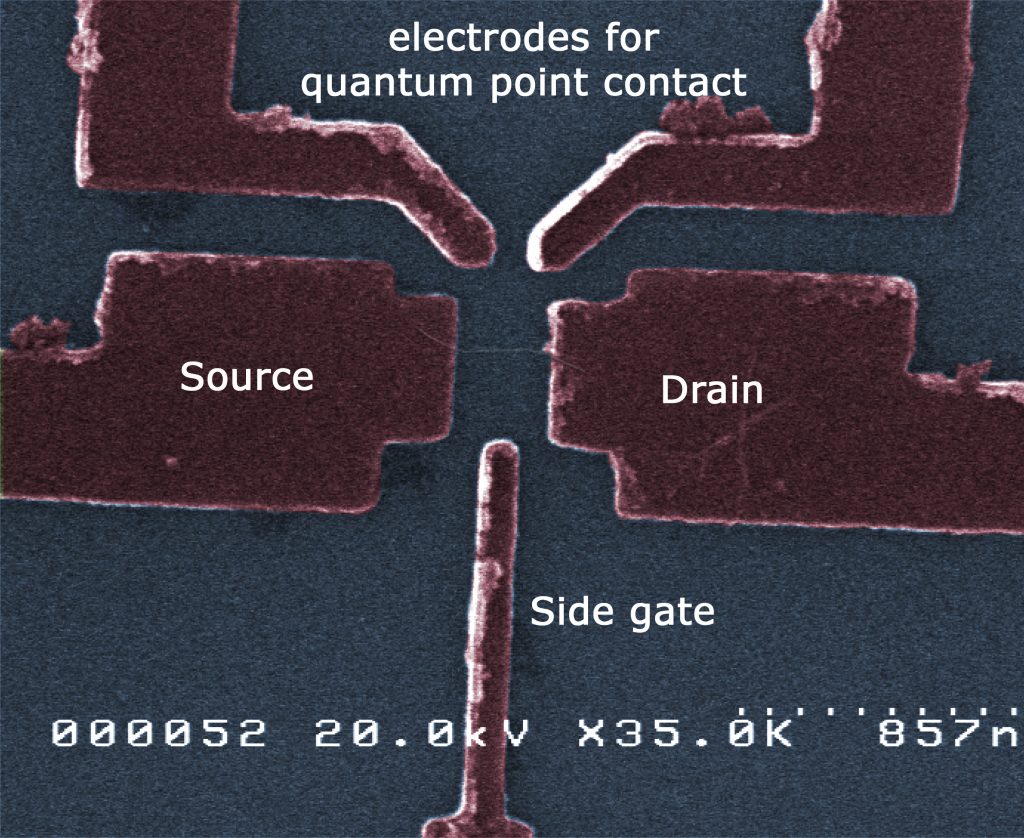 The basic idea to integrate two different devices are placed side by side. The SEM image on the right side shows old version of a device structure.  However, it didn’t works as electrical coupling betweeb sidegate and CNTQD is complicated due to 2DEG underneath.

The innovative solution for this that biasing sourse and drain electrode to form quantum point contact (QPC) beneath the carbon nanotube quantum dot to minimize a distance of them as you can see in figure. 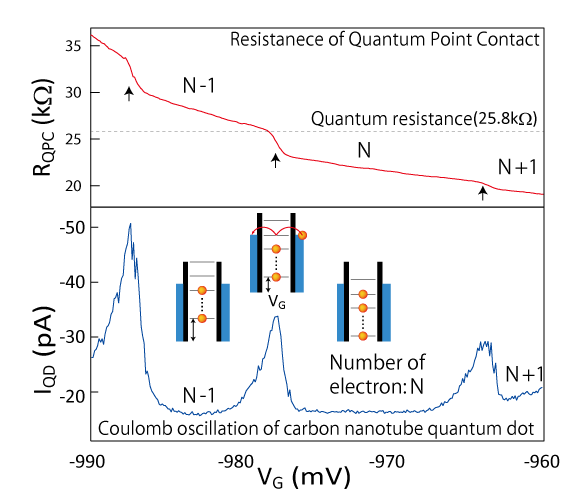